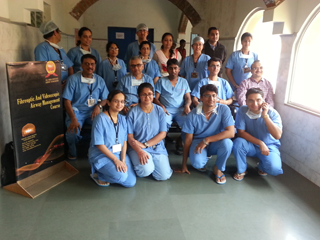 AIDAA started a Fiberoptic and Videoscopic intubation course in July 2013 at KCHRC Goraj with the support and in presence of AIDAA Chairman Dr Ramkumar and Secretary Dr Raveendra U S. In July 2013 the course was named as a trainer training program as we wanted to prepare faculties for future programs. This course was attended by various airway enthusiastic and academically inclined anaesthesiologist from teaching as well as private institutes. Two HOD (B J medical college,Karamsad Medial college) and 2 Assistant Professors ( Medical college vadodara and Gotri medical college vadodara) attended the trainer’s training program. Other faculties were private consultants from different area of Gujarat ( Ahmedabad, Surat, Rajkot, Vadodara). Dr Ramkumar and Dr Raveendra U S were present. The course design and structure were finalised for the future courses.With consent from KCHRC Goraj management it was decided to conduct this course every 6 monthly. 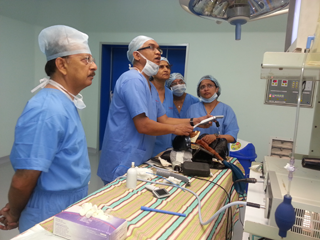 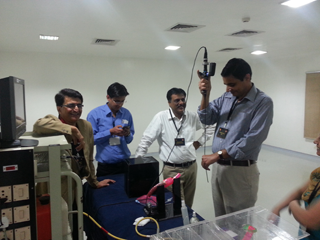 Third course was held in July 2014. Faculties were chosen from trainer training program. Eight delegates from MP, Tamilnadu and Gujarat attended the course.

Fourth course was conducted in February 2015. Again faculties were from trainer’s training program. Nine delegates from Maharastra, Tamilnadu, Jammu and Kashmir and Gujarat attended the course.

All India Difficult Airway Association (AIDAA) is a professional forum of physicians, who are involved in the management of airway, namely, anaesthesiologists, intensivists, physicians and emergency medicine specialists. It is a non-profit voluntary organization that exists for the benefit of its members